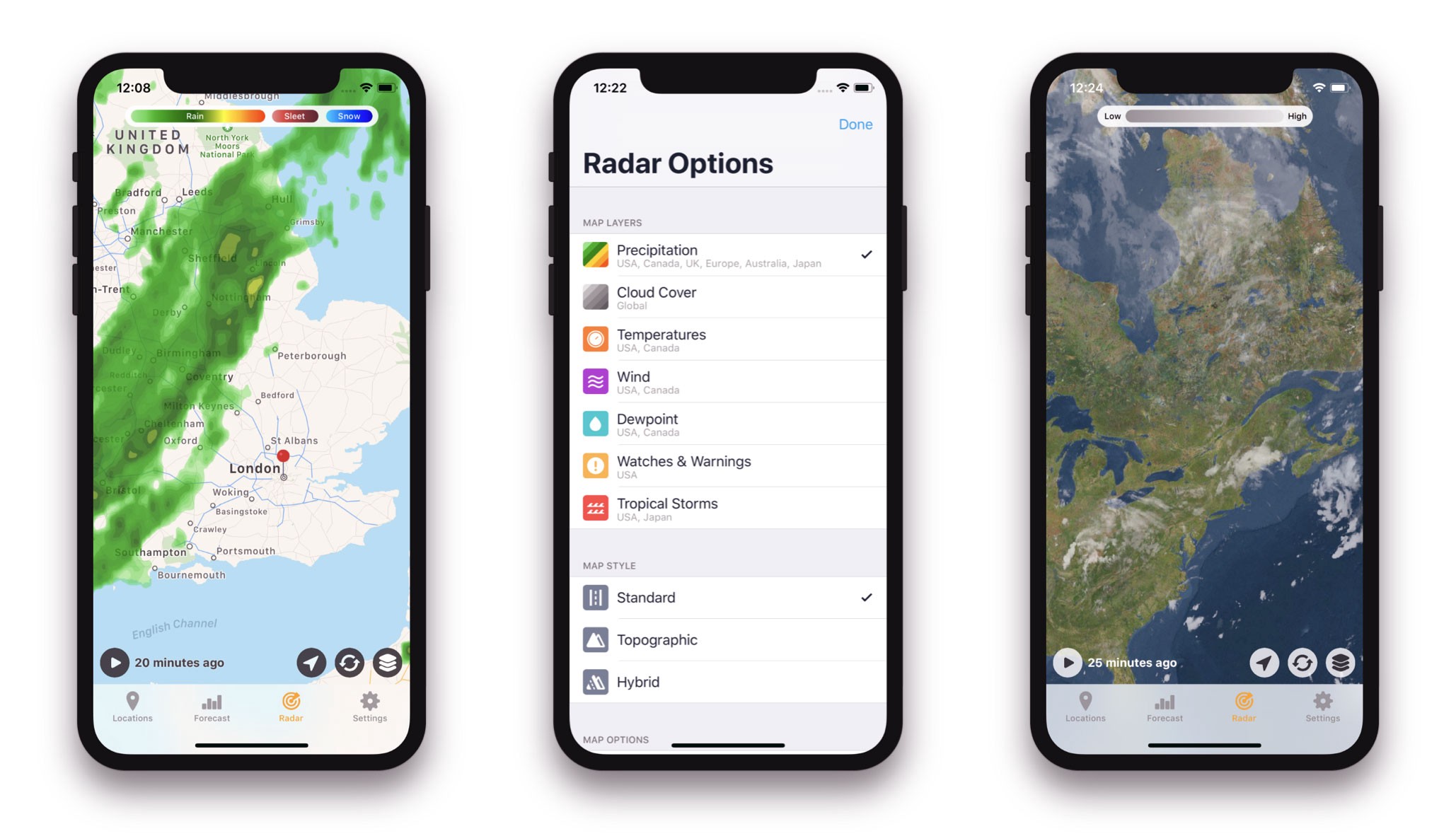 Last year we released Hello Weather 3.0 and added a radar feature for the first time. It was way better than having no radar whatsoever, but it was still a rather bare-bones affair, with limited geographic coverage and no extras. (Our European pals were bummed.)

We’re not happy to have a half-baked version of anything, so we spent the summer of 2018 drinking mojitos and building a SUPER GOOD RADAR for you! We ended up doing a full, ground-up rewrite and redesign.

This is big! If you’re in the UK, Europe, or Japan, you’ll now get precipitation radar, just like our friends in the US, Canada, and Australia.

🗺 Tons of Map Layers and Styles

We’ve got lots of options for tweaking small details, like zoom level, map styles, legends, and animations. It’s a nice bonus if you’re into that sort of thing.

Our old radar was — uh — kinda fuzzy. The new data is sharp as a tack. You’ll want to zoom in for rain storms because it looks so nice! Sweet, sweet vectors. 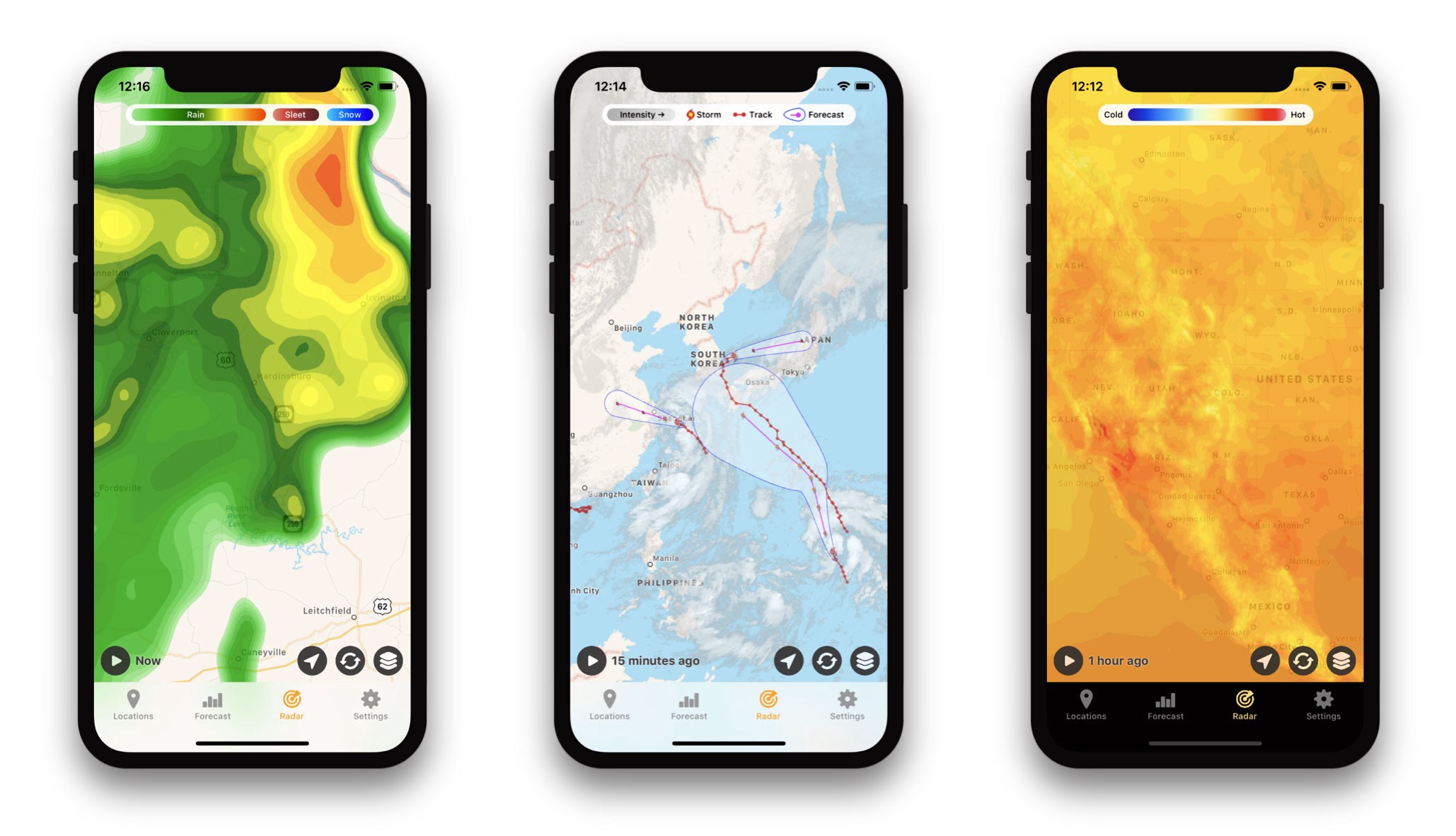 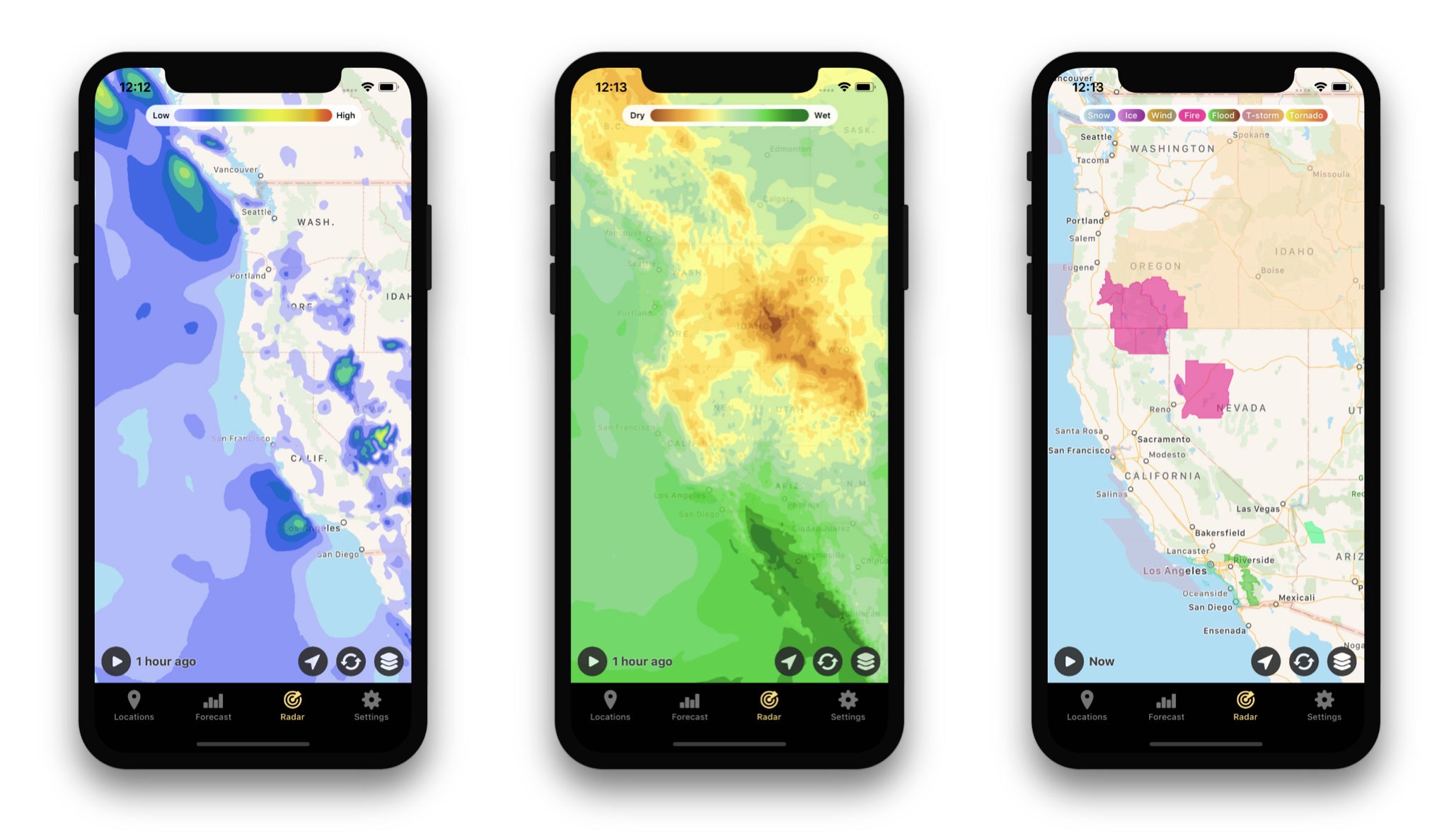 Last but not least, we added a few special touches that make your radar life better.

First, the timestamp shows relative time (20 minutes ago) instead of absolute time (10:25am.) It’s a small thing, but it makes a big difference in immediately understanding how old the data is, without having to do clock comparisons and subtraction in your head.

Second, we added a magic 3-way zoom button that automatically zooms you in and out of a location at just the right levels. It also resets you back to where you were if you’ve moved around. (It sounds weird, but just mash the button and it usually does the right thing.)

And finally, we have a refresh button, so you can feverishly update the view as much as possible when a storm is bearing down on you. (But we hope that doesn’t happen!)

All of these radar features are available for our Fan Club members only, at the same price as always, just $4.99/year.

This update is iOS only for now, with Android coming soon, when Dan is available again.

Thanks so much for reading and supporting us! We love to hear your comments, tweets, emails, reviews, shouts, yelps, hollers, etc—keep ’em coming! And keep an eye out for more updates…we’ve got more really good ones on the way.